“Alan Cooper popularized personas as a valuable design tool, but many people who adopted them failed to take into account the context of Cooper’s practice, which had fairly specific needs.”

How can something that feels so right be so wrong? Personas ought to be one of the defining techniques in user-focused design. Lots of professionals create them, yet too often the personas end up being too vague to guide a product’s focus. They often lack the detail to be useful in guiding low-level design trade-offs. And, as typically done, personas have been too narrowly focused. They often aren’t helpful in identifying the information a user needs or creates. Nor do they have much to say about the sensory and emotional aspects of user experience–the sorts of factors that cause consumers to lust after products like Apple’s iPod.

As a result, personas have unfortunately become more of a check-off item than a useful tool, and many personas get put on the shelf once they are written. So how did we get here?

Alan Cooper popularized personas as a valuable design tool, but many people who adopted them failed to take into account the context of Cooper’s practice, which had fairly specific needs. Cooper’s company most often dealt with enterprise clients who hadn’t yet bought into the value of user experience. As a consultant, he had a strong need to persuade internal development teams to pay attention to users, so, not surprisingly, he emphasized both the narrative and empathy-building aspects of personas.

Cooper’s goals for personas were to:

These are good goals, but incomplete. Compounding the problem was that Cooper’s seminal The Inmates Are Running the Asylum talked at length about why personas were important, but didn’t provide many details about how create them. So people improvised, often with unsatisfying results.

My own frustrations with personas came as I tried to apply them to a different context. While Cooper mostly worked with enterprise clients, with developers and managers who were reluctant to consider users, I’ve usually had a hand in building the sites I design, even as an outside developer and consultant. Likewise, Cooper’s clients typically were developing internal applications where efficiency was main goal, so it’s not surprising that his approach was task-focused. But as I’ve argued previously, other types of projects are predominantly information-oriented and immersion-oriented–or some mix among the three.

Much of my own work has been on consumer-facing websites and interactive products where functionality was only part of the focus. When I was developing movie promotion sites, the studios obviously hoped the websites would “put butts in seats.” But people don’t visit movie promotion sites to find out where the film is playing. Nor–if they live outside Hollywood–to find out the name of the second assistant camera operator. People go to movie promotion websites to get a taste of the film.

The design challenges simply weren’t the same as Cooper’s. I needed a tool not just for creating empathy and filtering out quirks, but one that could:

In a sense, trying to build personas with sufficient actionable detail is similar to the problem novelists and screenwriters face when trying to understand motivations, making sure plots are clear. Good editors constantly pose questions to the writer to force them to reach that clarity. My toolkit is built on the efforts of others from a wide variety of fields, from HCI to branding to filmmaking. To help develop more “three-dimensional” personas, the toolkit contains more than a dozen pages of questions about:

It also includes techniques for using personas to prioritize user interface components, as well as useful definitions for providing a common language to describe this prioritization.

“In a sense, trying to build personas with sufficient actionable detail is similar to the problem novelists and screenwriters face when trying to understand motivations, making sure plots are clear.”

My focus was on a tool for design rather than a tool for persuasion, so the questions– and resulting answers–are far too detailed for those outside the design team. But they’re necessary to enable a designer to not only make better tactical level decisions, but also to think more strategically about the product’s focus and help drive the product’s definition. The toolkit covers a wide variety of situations, so you should use the questions that are most appropriate to the context of your project. Similarly, not all the questions need to be–or should be–answered at once. The toolkit is designed to be used iteratively with questions being filled in over time as they become relevant to the design issues at hand. (However, it’s still a good idea at the start of the project, or at least at the start of each project phase, to identify the questions you think you’ll want to answer, so that you can begin gathering the necessary information.)

Let’s quickly review some of the basics of persona creation. When building personas, the first challenge is finding the information to build them. Obviously, it’s preferable to talk to and observe the users themselves, but that’s not always possible. In my opinion, any information is generally better than no information, and there are inevitably other sources of information. You can talk to user surrogates, such as domain experts, trainers, or immediate supervisors. There are “informants” who know about the users, such as people in the marketing, sales or customer support departments. For example, I once designed an extranet for a company’s board of directors. I couldn’t get access to the board, but their support staff was able to tell me all I needed about the directors’ behavior and computer skills. There are other indirect sources as well, such as manuals (especially those with notes written in them), site logs, customer feedback forms, surveys, etc. But one indirect source to be wary of is “ersatz” users–most commonly upper-level executives who think they understand their customers far more than they typically do.

After gathering information, I prioritize personas into the following types:

You probably want no more than a dozen personas, with at least one focal persona. But if there are more than three focal personas, you’re trying to do too much, and you need to subdivide the product or interface–for example, separating the “user’s” user interface from the “administrator’s” user interface. This is probably familiar ground. But I mention it because it’s critical to get team consensus on the relative priority of each persona in order to later prioritize specific design decisions.

What is your persona’s background?

At the broadest level, persona development starts with the biographic background, including:

What’s the relationship between persona, product, and business?

Some of the key strategic questions are around the persona’s relationship with–and value to–the business.

What’s the context around the product’s usage?

Focusing on the product being offered, what are the specific goals, needs and attitudes surrounding the context in which your personas will use the product? Crown Equipment Corporation realized that even warehouse workers want to be “cool,” which was the inspiration for the stylish exterior of its Wave rolling ladder replacement. The product has been a hit. Not only did it create significant jumps in efficiency because it allows one person to do the job of two, but companies using it saw big increases in job satisfaction and morale.

After thinking about what your personas are trying to accomplish, then look at what specific knowledge and proficiencies your personas have related to achieving that goal. A safe rule of thumb is that most users never pass the “advanced beginner” stage of expertise–nor do they really want to. This question also applies to more fundamental issues than computer skills. For example, there’s a company that provided computer-based HR training (sexual harassment policies, etc.) to hotel maids. Not all the maids spoke English, nor were all of them literate in their native languages. Needless to say, their language skills had a significant affect on the design.

It’s useful to get specific about the context in which the persona is using your product. For example:

What information is involved?

Many interactions also involve information–something that traditional task analysis can overlook in its focus on actions. So the next step is to look specifically at the characteristics of the information that your persona needs and/or manipulates as part of the interaction with the product. For example, at one extreme are call centers, where the operators are listening and talking with customers, while simultaneously reading and typing on their computer screens. If you were designing the call center’s software, you’d want to think about the volume and complexity of the information being used, how it flows to and from the operators, and what level of detail is needed at what times.

What makes the user experience memorable?

While interaction and informational aspects of user experience can be analyzed logically, the sensory and immersive characteristics of a user experience are inherently more subjective–but no less important. Products can survive in the marketplace initially despite being crude, ugly or dangerous if they provide enough value. But over time, as competitors match quality, style becomes the differentiator. (Or price–but only one product can ever be the lowest-priced.) What’s the mood or feeling, style or genre that’s appealing to your persona? What’s appealing? What’s pleasurable? What’s memorable? 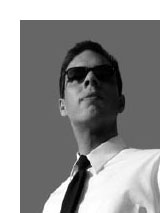 Geek Squad–a boutique high-end computer-support company–is the master of the memorable experience. Does its black-and-white “Geekmobiles” and Men In Black-meets-computer nerd schtick affect the actual technical troubleshooting skills of its services? Nope. Does it make an impression? You bet. So much so that the company amassed a celebrity client list and was subsequently acquired by Best Buy, who is now launching the service in all its stores.

The Geek Squad experience was no accident. It was consciously created to overcome people’s adverse reactions to arrogant tech support workers. Not surprisingly, brand researchers have paid much attention to the emotional aspects of an experience. One researcher argues that aspects of five major personality characteristics:

account for roughly 90 percent of brand differentiation. Regardless of whether the list is as specifically effective as claimed, it is worth thinking about what personality your product conveys and whether it’s something that’s attractive to your personas.

Likewise, what is your personas’ perceived experience of using your product? Does the product convey:

Strengths in many of these areas are what prompt Harley-Davidson’s customers to literally brand themselves with tattoos and jackets–and what kept the company afloat during the 1970s when the motorcycles themselves suffered severe quality problems.

With this level of detail in your personas, it becomes far easier to prioritize them. The toolkit provides three approaches for doing so.

This approach seems to pose numerous questions–and it does. As I mentioned previously, you only need to answer the ones that are most relevant, and not all at once. But it’s the details that will make your personas powerful.