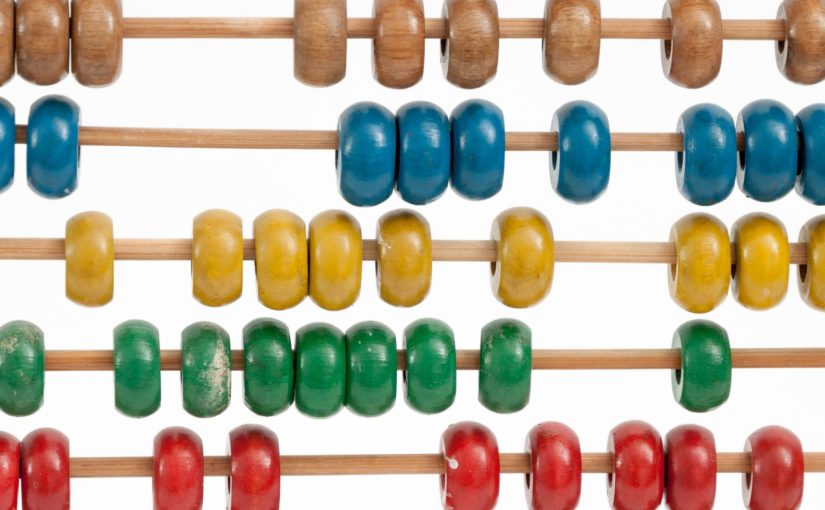 Every user interaction is a decision. Every decision can lead to an exit. So the more options we offer, the more exit opportunities we create, which will reduce the probability of conversion. Right? Well…

In fact, the number of interactions a user makes is in no way directly related to conversion rates. It might be a surprise, but there is no statistical evidence to prove that this widely held belief is true. When establishing the amount of clicks that are appropriate for a task, it actually solely depends on the requirements regarding complexity, security, and usability. In this article, we’re going to share with you how we use these requirements to assess how many clicks are appropriate on a page. Once we started looking at clicks through this lens, we were able to increase conversion, reduce task time, and increase customer satisfaction.

The “3-Click Rule” has been causing a ruckus for decades. In 2001, Jeffrey Zeldman suggested in his book »Taking Your Talent to the Web« that all information should be available on a website within three clicks. If you take a look at the state that web design was in back then, this isn’t a big surprise. It seemed like the more information that was on the page, the better. At that time of course, the data on interactions with digital services was quite scarce.

And yet, a full 13 years after Zeldman, we stumble onto this rule again. This time it’s Marissa Mayer, then CEO of Yahoo, before that Vice President at Google. She said in 2014, “Once you’re in the app, is it two taps to do anything you want to do? If not, time to redesign the app”. Back then, she was responsible for the redesign of the Flickr app, and it was considered a benchmark by many. This was obviously leaps and bounds better than the apps of 2001, but again, the quality of the product was attributed to the number of clicks the user needs to reach their goal. And still today, in 2020, I hear on the phone: “But that’s an extra click”. What’s fascinating, is that if we take the time to look at the data, it shows us that the number of clicks has absolutely nothing to do with the success of your product.

Numbers show: People click. And it doesn’t matter how much.

As early as 2003, a study by Joshua Porter found that the number of clicks is in no way related to the success of users finding the content they are looking for. It’s also not related to the user’s satisfaction with our product. Let me say that again: A longer process (more clicks) for the user doesn’t result in a higher bounce rate or in elevated dissatisfaction. And what’s really interesting, we’ve found similar results with our own projects.

Here at DUMBO, we designed a test that examined the bounce rate of 150,000 sessions. Within their session, each user had to answer a series of questions in six steps. This meant making at least six clicks to reach the desired result. Once the first step had been completed and the process started, the bounce rate remained constant at just one percent for each subsequent step. That was a true eye-opener for us. The remarkable thing about the figures was not only that the bounce rate did not increase with each click, but that the bounce rate itself was so low.

When it comes to designing a checkout process, different approaches have been in hot competition for years. You’ll see everything from one-page checkouts and accordions to processes with several steps. We recently completed a redesign of the booking process for a major airline, and are happy to report that we achieved an increased conversion rate by increasing the number of steps in the process. The number of first-time bookings rose by ten percent. The data also showed that the time it took for the user to complete their booking was significantly reduced. Although customers had to go through nine steps instead of the previous six, the average booking time fell from 6:48 minutes to 3:48 minutes, more clicks but twice as fast.

Every time we test processes that have the same content presented in a different amount of steps (and clicks), the results are the same. In a qualitative survey, most users stated that they found the process with more steps longer, but much easier to use. However, interestingly, the data usually proves that the same users actually completed the multi-step variant faster than the one with fewer steps. Additional steps simplify and speed up complex processes.

This seems counter intuitive, but it actually makes a lot of sense when you think about it. By giving the user more clicks, you’re reducing the chances that they will feel overwhelmed or stressed. When stressed, people tend to react defensively. We all know this feeling from filing our tax returns. We put it off until we have no other choice because it’s complicated and time consuming. Apps like TaxFix are successful because they break down the complex form into understandable questions that can be answered in seconds.

The more complex a process, the more important it is to break it down into simple steps. But how many steps do we need? And what’s too big or too small for one step? Our own rule of thumb is: all information must serve a purpose without the possibility to break it down further. Let’s explain the theory by taking a look at an example from a checkout process. Which step makes it unmistakably clear what has to be done, without the possibility to break the step down even further?

The correct answer here is 3. The request describes one simple task in order to fulfil a real purpose. You can expect to be prompted by credit card, Paypal, invoice or other. 1 and 2 are less clear. They are too large and ambiguous. It would be difficult to anticipate the details that would be required. 4 is too specific, there wouldn’t be a clear purpose that this step would fulfill. It wouldn’t help us get closer to our goal.

So how do you figure out if you need to reduce the complexity of a task by adding more steps/clicks? By weighing up the pros and cons: Is the perceived effort (a longer task) or is the actual cognitive effort the greater hurdle for our application? In general we can say: the higher the cognitive effort, the more clicks we should dedicate to it.

The higher the risk, the greater the need for control. For example, whenever we as users make an investment that is larger than we are used to, we look for security. And we feel secure when we feel we are in control of the situation. With more steps, we are able to anticipate the effect our actions have. We can also reinforce this feeling with UX design through a high communication density. Including chapter sheets, milestones and summaries to reduce the speed, but increase the feeling of control. More clicks for more security.

Is it always the case that the higher the security risks, the more we must increase the communication density? If only it were that simple. A high communication density also means more friction. In some cases, we want to reduce any and all friction. For instance, when we recently developed a crypto wallet, we had professional traders needing to complete transactions involving millions of dollars, and fast. Every second counts with their order. Every bit of friction, every extra step can cost money, a lot of money. So we had to make it possible without any control mechanism in this situation. What’s the difference? These users are very familiar with this process, they know what they are doing and they do it all day long. The need for control mechanisms therefore decreases the more experienced users are in the situation. Depending on the context and target group, well-intentioned measures may even be perceived as an obstacle.

Most interfaces developed in product design tend to be aimed at private users. Often it’s users who aren’t familiar with the system or who will only go through it once. And every single click can create a feeling of control. It’s important to consider how fast the system can go without losing the user. Does our application need more speed or more control? The more control, the more clicks.

If you think about it, many interaction patterns were developed from when we used to use a mouse and keyboard to navigate our large desktop monitors. This of course was a major advancement over the conventional remote control we used for our TVs (and still do for our Smart TVs today). So when smartphones were introduced, so were gestures (swiping, tapping, etc.) to navigate around on the small, handheld screens.

Anyone who has to fill out the so-called “One Page Checkout” on mobile devices knows how nerve-racking this undertaking can be. Once we activate an input field, the keyboard covers one third of the screen. We then have to use our two thumbs for each input. Auto correct tries to help us but ends up driving us insane, and while we scroll to see what’s left to fill out, we lose sight of the beginning of the form. It’s not fun.

Mobile First design forces us to rethink. We counter the restrictions of the device and the context of the interaction with maximum reduction. We know that the space on the screen is very limited, the time window of attention decreases, and the risk of distraction increases. It is therefore important to keep the obstacles as low as possible, to reduce the cognitive effort to an absolute minimum and to make the interaction as effective as possible.

All these aspects force us to design tasks sequentially with more clicks and thus to reduce the number of inputs per screen. Usability is related to cognitive effort and the need for control. If an application is to become simple and secure, device-specific optimization becomes important. Here, too, the context determines whether an increased number of clicks is beneficial to usability. As a rule of thumb, the more limited the end device is, the more clicks the process requires.

The moral of the story? Let’s stop counting clicks. The speed, conversion rates, and user satisfaction for your product are in no way connected to the number of clicks a user makes. And once we start limiting clicks, our page quickly starts to look like a directory: a list of every option, tiny font, in alphabetical order. For the user, this ultimately ends up feeling like we’re looking for a needle in a haystack. This is not the experience we’re hoping to achieve.

Instead, we should focus on the human. We should zero in on how they want to use our application. The less experience they have, the higher the risk and the stranger the situation, the more stress the task entails.

?  Apply control mechanisms to create a feeling of security.

Use complexity, security, and usability as metrics to provide clarity around your product development requirements. This way, you’ll be able to create the right experience based on your specific situation, regardless of the amount of clicks ?️.

Photo by Crissy Jarvis on Unsplash